From La Guardia to O’Hare, the Empire state of mind to the Chi, the Big Apple to Gotham City. Eight hundred miles out west we flew, and in short of two hours we landed in the Windy City. Though we were delighted to be back home where we can rest our weary feet in lieu of trampling the concrete pavements in Manhattan (and order our favorite takeouts from Arroy Thai), I can’t help but instinctively walk down memory lane and reminisce the past three days in New York City.

A city bound by so many grandeur hypes and trends, where streets are brimmed with yellow cabs, neighborhoods are abundant in cultural flair, and most surprisingly, aura permeated with the dichotomy of two worlds — one bound by the metropolis in Midtown versus the flora-laden playground in Central Park. Very much like the mix and match streaks of New York fashion enlivened by the locals– classy socialites on 59th and Lexington, sartorialistic street stylers in Chelsea, or boho chic dilettantes in East Village — the city is undefined, uninhibited, and unparalleled. Though New York’s fashion du jour is flared with multiple textures, styles, and silhouettes (whether trailblazing in novelty or carried forward from past seasons), there is one trend that remains omnipresent in New York City — the classic black and white print. 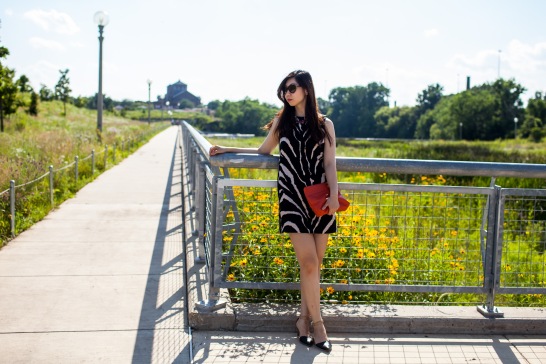 From striped T’s paired with hip-hugging jeans to floral dresses with dark petals against white sheaths, the locals added a de novo twist to the all-time black attires by spinning in the white contrast. In my outfit today I wanted to play out the dual-toned effect by wearing a black and white dress that captures the “classy with a twist” vibe prevalent on the East coast. Because my outfit was notably loud and “colorful” in its body-con stripes and patterns, I kept the accessories to the minimum with a matte-toned necklace and a pair of kitten heels.

Like a safari trip in the Western Cape of South Africa, our setting was lush with floral pathways and marshes nestled in the bounds of Chicago’s brick and mortar buildings. Come to think about it, whether it’d be sky-scraping concrete plasters in New York or neoclassical ivory towers in Chicago, we are all treading a fine line between nature’s intrinsic creations and nurture’s building blocks. As Darwin so effortlessly puts it, “it’s not the strongest or the most intelligent who will survive but those who can best manage change.” And change is not a bad thing, especially when you have your first rested night in 3 days since you bid adieu to the City that Never Sleeps. Farewell New York, you will be missed 🙂 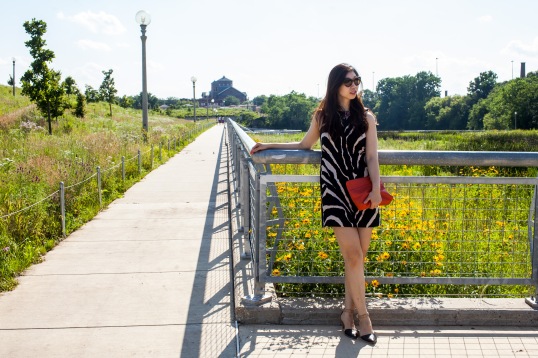 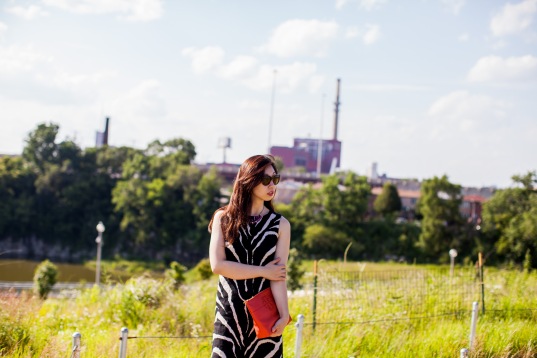 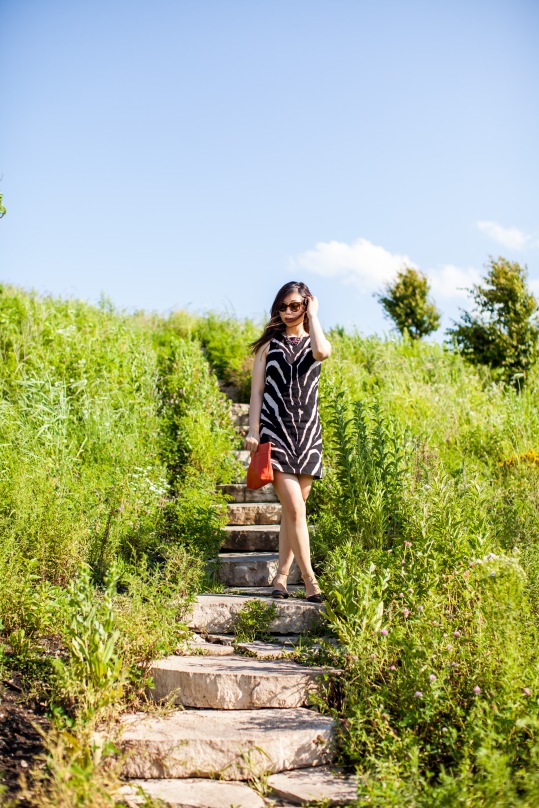 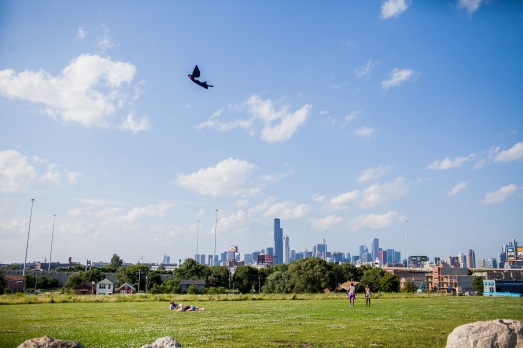 8 thoughts on “Safari-Bound To The Wild Wild West”