Day 2 in the Big Apple started off with us taking the C train to 8th and 50th street right in the heart of East Village, which is a neighborhood known for its artistic flair and ethnic cuisines. Little did I know that East Village has many noteworthy feats — the inspiration for Andy Warhol’s 1966 multimedia show “The Exploding Plastic Inevitable”, the birthplace of punk rock and Nuyorican literacy movement, and the setting for Jonathan Larson’s musical Rent (which captures the neighborhood’s social dilemmas in the early ’90s). Walking a few blocks north of Astor Place is the trendy ramen joint Ippudo NY where we enjoyed delectable Akamaru Tonkotsu ramen served with Nitamago and Bakudan spicy paste. Such mouth-watering goodness! 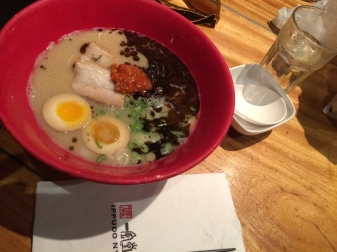 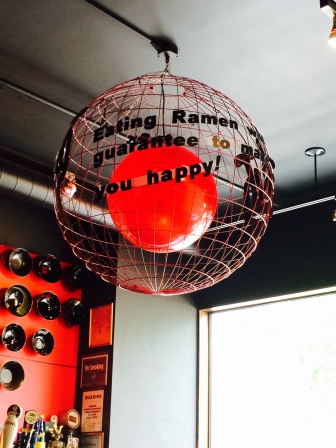 After enjoying our totemo oishii lunch, we walked west towards Greenwich Village where we found ourselves in the midst of Washington Square Park. Underneath the marble triumphal arch (built in 1892 in commemoration of George Washington), we took in the vast sceneries before us — a gathering place for avant-garde artists…a parade ground for musical enthusiasts…a battling domain for chess enthusiasts. Now if only I knew how to checkmate a king 🙂 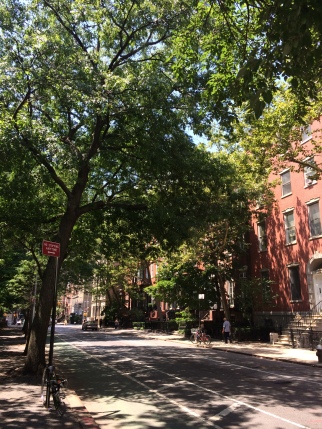 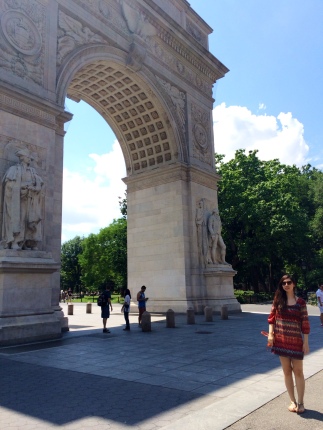 From Japanese eateries to historical monuments comes our final destination for the day — the fashionable shopping district of Soho! This “shop-til-you-drop” mentality was infused in the neighborhood in Lower Manhattan where mainstream stores like Topshop and Zara and trendy upscale boutiques like Chanel and YSL are dispersed amongst artists’ lofts and art galleries. Consisting of 26 blocks and 500 buildings, the gentrification of Soho can be seen in its business developments from an industrial wasteland in the ’50s to modern, decorative facades filled with commercial buildings. Though the exchange of greenbacks changed from textiles and sweatshops to fashion boutiques in favor of très à la mode, the original blueprint and flair marked by cast-iron architecture and side streets paved with Belgian block constructed in the mid 1800’s are still very much present in Soho.

Walking east on Spring street from Thompson to Mulberry, we eventually found ourselves in Little Italy, home to dozens of restaurants serving authentic Italian cuisines. As the 19th and 20th century Italians immigrated to the Lower East Side, they brought with them the arts and aptitude of running bistros, trattorias, pastry shops and souvenir stores filled with ethnic wares. We treated ourselves to a cherry and hazelnut blend (think Nutella minus the chocolate but filled with cherry amaretto) that was euphorically delightful to our taste buds. 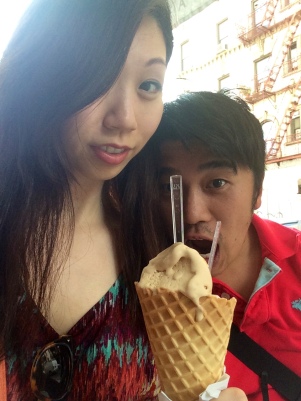 In a nutshell Day 2 in NYC has been remarkably entertaining! From slurping ramen in East Village to shopping in Soho, the sight-seeing expedition in the Big Apple has not only been scenically rewarding but also bona fide educational (who knew that the cannoli, an Italian pastry with Sicilian origin was once made using a broomstick?) Stay tuned for my next post as I’ll be giving you a run-down of my Harbor Light Cruise along the Hudson River and the best place for watermelon soju (for you K-Town aficionados out there)! 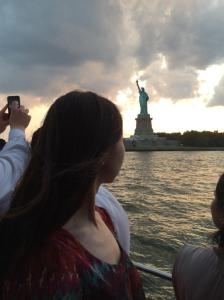