“New York. Concrete jungle where dreams are made of, there’s nothing you can’t do…” – Alicia Keys 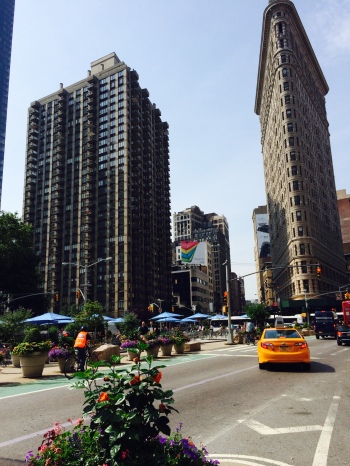 So vivid and forthright are such depictions of the Big Apple. Whether you are a financial maverick on Wall Street or an aspiring artist in swanky Greenwich Village, the city is full of dreams, aspirations, and pursuits of the young and the restless. That thriving energy accompanied us as we took our first step onto the city’s concrete pavements and checked into the Gershwin Hotel in the trendy Flatiron District. Designed by William H. Birkmire in an ethereal Beaux Arts style, the hotel has its a vintage decor that epitomizes the neighborhood’s artsy flair (not to mention a few blocks away from the fashion boutiques on 5th avenue). Taking a stroll through the nearby Madison Square Park filled with lush green lawns and World’s-Fair style benches, I was welcomed by the Dog on Fleas band playing a ragtag mix of instruments including piccolo, bassoon, accordian, and saxophone. Such remarkably soothing music reverberated through the criss-cross streets of Broadway and 5th avenue, where I spent the afternoon joining the multitude of passers-by in pursuit of my journey, one asphalt-laden street to the other. 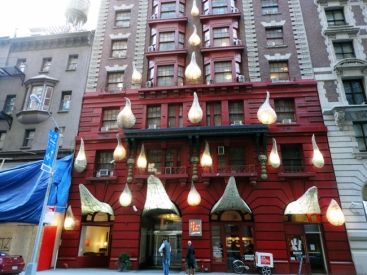 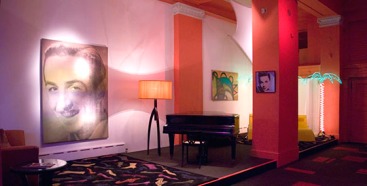 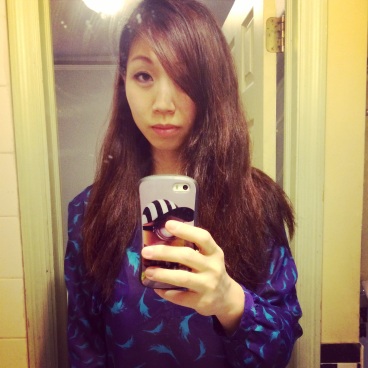 From Flatiron to Gramercy to Chelsea, we eventually found ourselves searching for Spanish Tapas in the High Line region. As we approached the Socarrat Paella Bar by 8th Avenue, we were immediately drawn to the sultry, vintage decor filled with high top chairs and Spanish antiques. The Pescados & Mariscos Paella was muy delicioso, as the vast array of basa fish, shrimp, cuttlefish, mussels and scallops marinated in squid ink was unique yet appetizing to our taste buds. Taking a leisurely stroll on 9th avenue, we eventually found ourselves in the Chelsea Market. Food for thought, did you know that the market was built in the former National Biscuit Company factory where Oreo cookies were invented and produced? Though traces of the chocolate and creme patties are no longer present in Chelsea Market, the enclosed food haven houses some of the city’s finest eateries like the Fat Witch Bakery (custom Marvel superhero cupcakes) and Lobster Place (from 1.50 lb steamed lobsters to scallop and bacon chowder ). Our food expedition ended with desserts at Amorino, where we had the signature Amarena gelato (aka Sour Cherry) which is a bitter cherry harvested in Central Italy that’s used as flavoring for sweetened pastries. 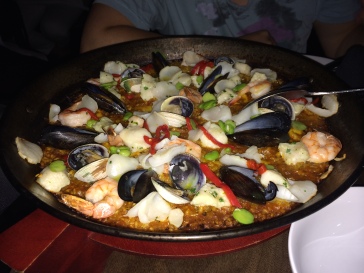 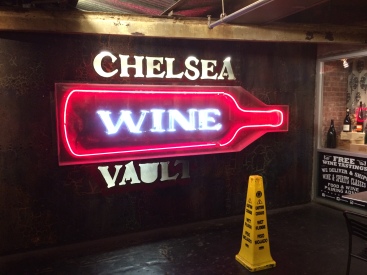 From the afternoon in Manhattan parks to shopping on 5th avenue, right down to Chelsea for spanish tapas and Italian gelato, Day 1 in NYC has been filled with non-stop fun and adventure! I wonder what Day 2 has to offer? Stay tuned, my friends, as I’ll be updating my ensuing journey in the Big Apple, one whose ripened core is filled with cosmopolitan flair and splendor! 🙂 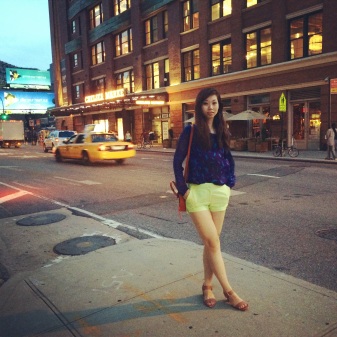 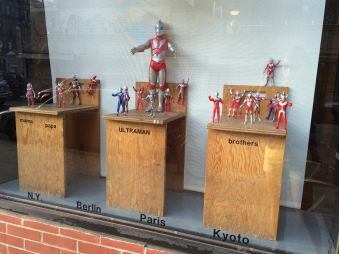 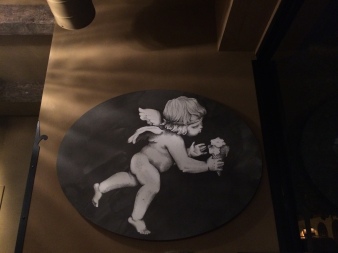 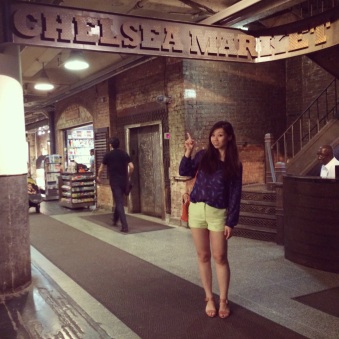 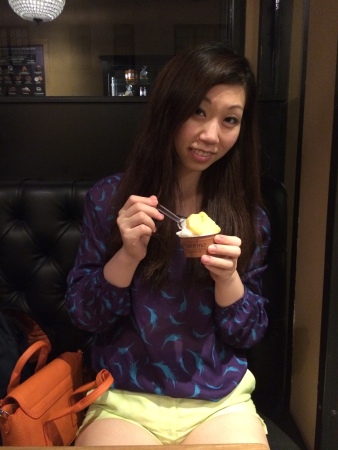 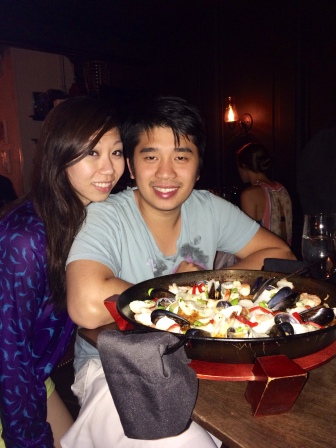 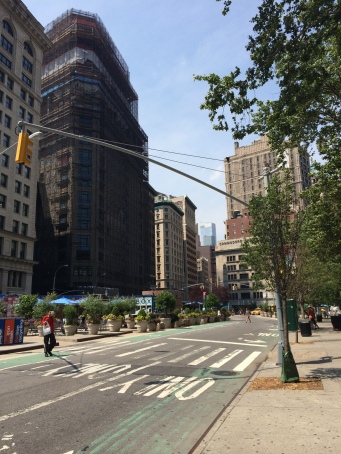 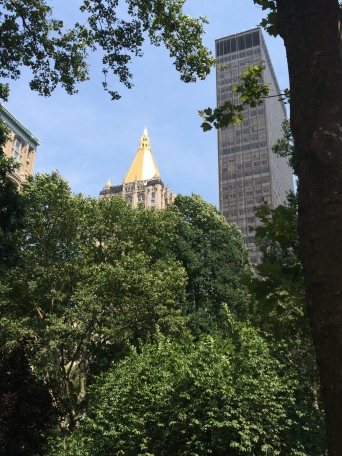 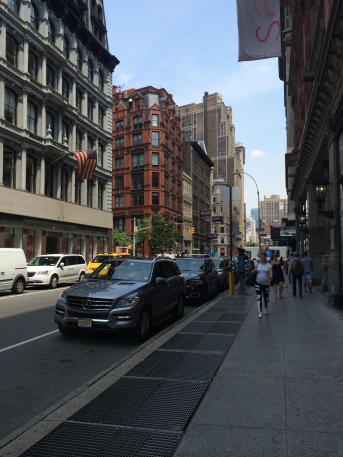 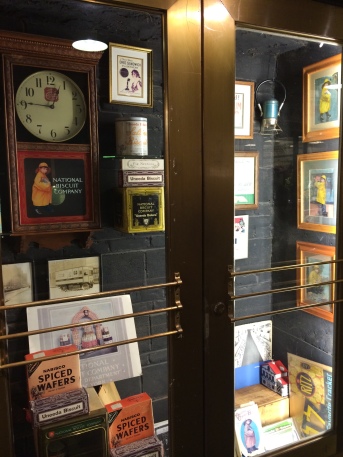 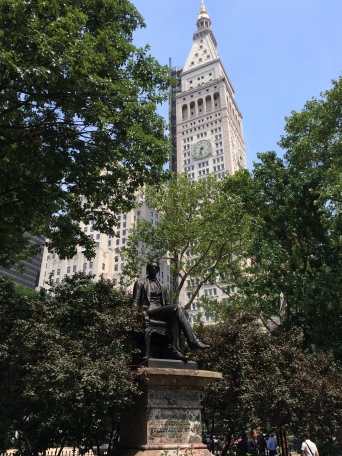 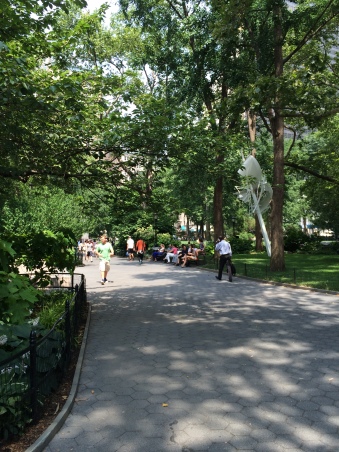 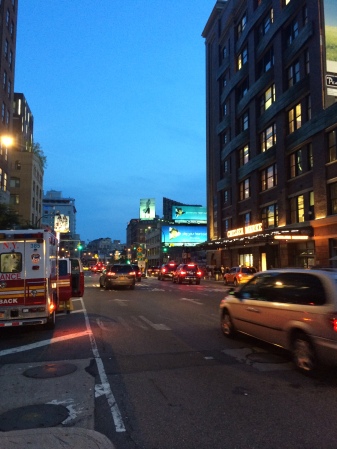